Losing your keys can be detrimental and having a spare made can be the right call for your rainy day. Key Guys Lock & Key can have your keys made within minutes if you call us to your location or when you visit our shop in Roswell, GA.

The traditional key is the most basic type of key and are typically found on older cars. This type of key can be easily made and can be cut from a standard key blank.

This type of key has a microchip in the key, and are more secure than the traditional car key. Since 1994, automakers started using Transponder Chips for anti-theft security. When inserted into the ignition, the immobilizer reads the chip and allows the vehicle to start if it's recognized. If all keys are missing, a dealership can charge up to $250, while going to a locksmith will certainly be less expensive. Remote Head Key Remote Head Keys are like your standard metal key but with the remote attached to the head of the key. These keys also have a transponder chip. Though they look complicated, creating a spare or a replacement is done with relative ease.

A switchblade or flip key is a key that folds into itself much like a switchblade knife. A button is used to flip the key out of the remote to use in the ignition. The remote portion is also programmed in a separate procedure depending on your vehicle's year, make, & model.

When equipped with the right tools, locksmiths are capable of replacing or duplicating these keys with ease.

Some cars, such as Toyota and Lexus, come equipped with a key specifically for valets. This key allows you to give a key to a valet that will only operate the doors and start the car. It cannot open your trunk, glove box, or gas cap. Allowing you to secure your vehicle without worrying about someone having access to your valuables.

Fobik keys are mainly used in Chrysler and Dodge vehicles. They are plastic, oval shaped keys that don't require a metal key to start the vehicle. The tip of the Fobik is inserted into the ignition, which then reads the chip, allowing the ignition to turn and start your car.

Replacing a Fobik is very simple and takes very little time to replace your old key or even make a spare.

A smart key is a fob that, when inside your vehicle, will enable it to start by the press of a button and does not need to be inserted into an ignition.

In the off-case these keys are lost or stolen, dealerships will needlessly replace computer parts in the vehicle to "make" new keys, typically costing thousands of dollars in materials and labor, not including towing fees if your policy does not cover Roadside Assistance. Being battery powered also means their battery can die and will render the key useless until you change that battery which can be an easy fix.

And for these reasons, we usually suggest you have a spare.

Contact Key Guys in Roswell, GA to help you out of the bind. It will be less of a hassle and will cost less than towing your car to a dealership. 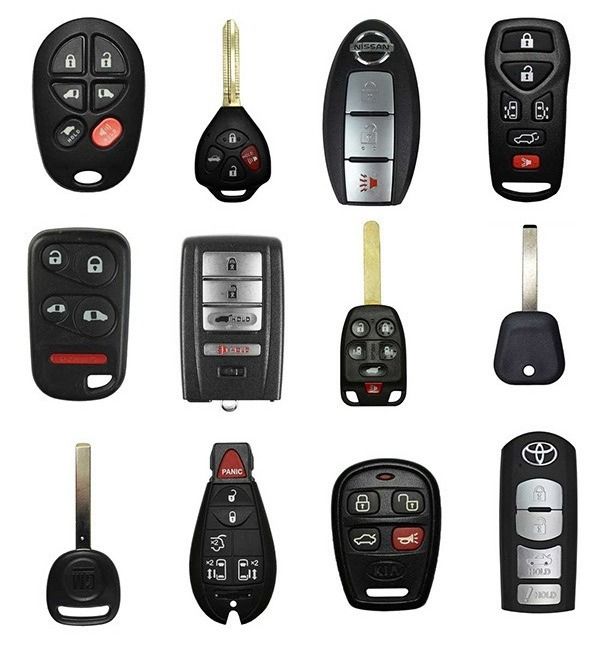